This year I have been raising awareness for Final Salute Inc. which is an organization that helps at-risk or homeless female Veterans.  The finals for the Ms. Veteran America competition is coming up on October 8, 2017 and I am a finalist.  I was able to complete my first documentary Monique Lynelle's Journey, and had my first show aired on television, The Monique Lynelle Show.  I started my business with Mary Kay as an Independent Beauty Consultant http://marykay.com/moniquelynelleg and I'm working on new music.  I'm not saying all this to brag or act like I've got it made, but my life hasn't all been great and some of the struggles are what have made me the overcomer that I am.  I dealt with moving around as a teen to different states so having stable friendships was scarce, but I kept my relationship with my boyfriend at the time and got married really young, but I wasn't mature spiritually and neither was he so when rough times came we tried to survive on passion but it was not enough, and as years went by I found myself in a relationship by myself, so I ended up in my mid twenties divorced and searching for answers.  I worked and went back to school, but I was in yet another destructive, dysfunctional relationship which ended with a sexual assault after dealing with each other for two years.  I ended up getting sick and couldn't work or go to school, and then me and my mom bumped heads and I ended up out on the street, with just enough money to stay at hotels or family members houses or my car.  This wasn't my first rough patch, during my marriage things happened similar where I just had to find a way to survive, but instead of complaining and staying in that situation I reenlisted in the Army and went active duty.  While in the military my dad passed away suddenly of pneumonia in Dec 2008 while I was deployed to South Korea, when just days before I found out I was pregnant.  I was considered high risk being that I had a few early on miscarriages, but this pregnancy was different, but I was told to come back to S. Korea after emergency leave and I made it to 21 1/2 weeks and was able to go back to Fort Hood, TX where we had rear detachment.  Shortly after my return to Texas my water broke and I ended up giving birth April 14, 2009, but my daughter was due August 12, 2009.  My daughter lived 3 hours and 16 minutes and I buried her in my Veteran's plot in TX.  I was devastated, but I was determined to keep going and finished my associate's degree right before my dad passed in 2008, and after my baby passed I chose to go to school to complete my bachelor's degree.  While in school for my bachelor's degree, my mom found out she had stage 4 cancer and she passed away the day after mother's day in 2011.  Talk about battling depression, I was hurt over and over again and I couldn't hold it all together, so as a psychology major, I chose to switch major's and reach out to program for help.  I didn't get much family or friend support at all, I felt all alone like I would die next, but God had a purpose and a plan for my life and now I look at things differently and I am not allowing my hardships to dictate my future.  I was hurt for losing people, having dysfunctional relationships, and being spiritually immature.  Now I have a master's degree, work at NASA via a contractor, have 3 books, 2 music projects, a show, a documentary and film written.  I would love support for the things I'm doing but I know God has given me strength to overcome these things to be stronger for others to see if I could get through things, they can too.  Now I have finished a discipleship program for women and I'm taking classes to become a facilitator, I just finished foster care classes and hope to buy a new home so that I can have a safe place for the children I welcome into my home, as I am selling my parents old home.  Take a look at some of the things God has done in my life as an example of determination, finding purpose and being the change I want to see in this world.  Becoming a Champion!! 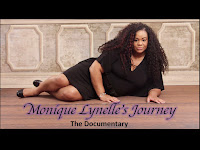 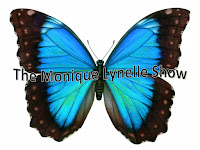 Posted by Monique Lynelle Gray at 10:24 PM No comments: