Women are Veteran's Too!

November is a month to celebrate Veterans and it is National Native American Heritage Month. This month at NASA there was a tribute to Veterans and there were two former Naval Pilots in our midst Ms. Judy Bruner, Ms. Kay Hire, and Ms. Vernice “FlyGirl” Armour. As an Army Veteran myself it is great to see other women that have served their country, our country honorably and actually flew plans and were and are trailblazers in our country. Below is some information on each person. Kay Hire not only was a Naval Pilot, she became an astronaut first female in the U.S. military to be assigned to a combat aircrew. Judy Bruner was a P-3 Aircraft Commander, and the first female pilot to fly an aircraft in the middle of a hurricane. Vernice "FlyGirl" Armour was the first African-American female pilot in the U.S. Marine Corps’ and, she was recognized as America’s first African-American female combat pilot by the Department of Defense. Each Veteran has a different story, yet they still have so many similarities. I salute them all and below are videos of each Veteran. Happy Holidays. Also check out this short story entitled The Frog Race. 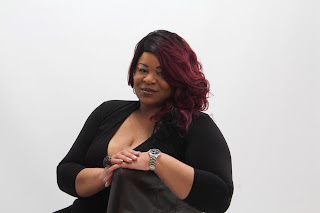 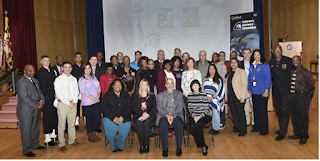 At NASA Veterans Event Nov 2016 with Kay Hire & Judy Bruner
Posted by Monique Lynelle Gray at 11:31 AM No comments:

Get Inspired by Treal from Detour Movement Inc.

Treal is a local celebrity who has abruptly taken the platform God has afforded her in transforming lives of women who are intentional and committed to change. Treal is your Transformational Strategist!  She is most known for working with married women in showing them how to overcome adversity and stay committed to their covenant relationship.

Treal began mentoring in 1997 and through the years; she has tremendously amplified her skill set and craft through real life experiences and personal/professional development.  As a certified mentor, Treal has a proven track record that has resulted in young girls and women making healthier life and relationship choices by accepting and embracing who they are in God.  Treal understands that successful relationships with others are only obtained by first having a successful relationship with God.
Treal focuses on helping women uncover the truth of who they are and guides them through a process of peeling off layers of their life that have produced rotten fruit (dysfunction). This process allows them to build character and confidence so that they are prepared to enter and stay committed to covenant relationships.  Treal understands the importance of self-love and how consistently working toward being a Better Version of Yourself adds value to your personal, professional and spiritual life and relationships. Treal has mastered the art of reconciliation in facilitating peaceful endings of conflict and retribution in life and relationships.  Combined, she holds an undergraduate degree in Psychology and Human Resources (Cum Laude Honors) along with a Masters in Management and Leadership. She is also a certified Equal Employment Opportunity (EEO) Counselor where she works strategically in helping disagreeing parties manage various levels of conflict.

Beyond teaching personal development and relationship strategies, Treal also adds value to both men and women through teaching universal laws and principals in demonstrating how one can experience prosperity in every area of life including but    not limited to Faith, Fitness and Finance.
Detour Movement Inc.
Renew Your Mind, Transform Your Life, Relationship & Biz!
Radically Changing Women Lives!
Visit our website a detourmovement.org
Like Us on Facebook at facebook.com/detourmovement

Posted by Monique Lynelle Gray at 1:27 AM No comments: